The Information System about the Brazilian Biodiversity (SiBBr) is a portal that provides biodiversity data from diverse sources in Brazil and abroad, and has the support of different international consortiums, including GBIF and the Atlas of Living Australia.

It is an initiative of the Ministry of Science, Technology, Innovations and Communications (MCTIC) and was considered the first step for Brazil to consolidate a national biodiversity data and content infrastructure. Quoted from the Rede Nacional de Ensino e Pesquisa website.

From 2017 to 2019 I worked in the project “Contribution of the Museum of Zoology of the University of São Paulo to the implementation of SiBBr”, financed by the National Council for Scientific and Technological Development (CNPq).

I had the role of specimen digitizer in the Diptera collection in the Entomology Section, and later became the Entomology Digitization Manager, offering training and supervising digitizers entering label data in the collections into a Specify Software database.

During that time I created the SiBBr - MZUSP - Entomologia GitHub repository and Jekyll-powered static website, to gather tutorials, resources and documents related to the digitization process. 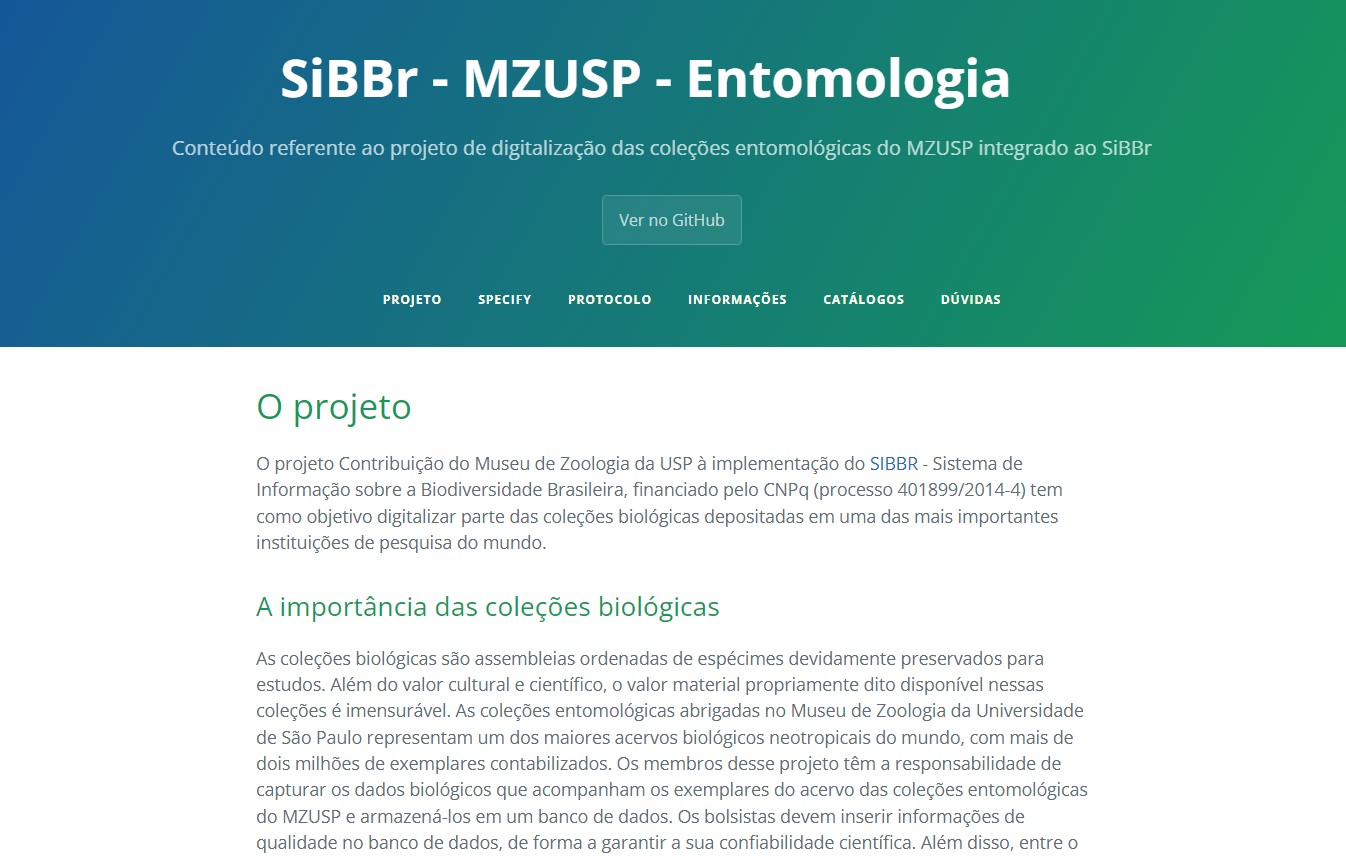 Screenshot of initial page of the SiBBr - MZUSP - Entomologia website